Donation
Alphonse, L’Isle (VD): Technical Support Officer & Chief Engineer
“In my entire career, the Africa Mercy is the best ship of this age I have encountered! We can imagine that she still has some great years ahead of her and that there will still be many lives transformed aboard!”

Some of our volunteers hold positions that may be out of sight but are nonetheless essential. Alphonse, originally from Singapore, is clearly one of them. After 10 years spent in the depths of the Anastasis (1991-1997) and the Africa Mercy (2001-2006), he joined our Lausanne offices in April as technical support for our maritime department.

Alphonse, you seem to be rather devoted to Mercy Ships, as this is the 3rd time that you have joined the organisation!

During my maritime career, I was struck by the extreme poverty in certain ports where we stopped. My Christian convictions prompted me to explore the possibilities of using my skills in service of God. When I heard about Mercy Ships in 1990, it was an answer to my prayers!

So then, in 1991, you volunteered on our first hospital ship.

Yes, I joined the Anastasis as 2nd Engineer. I climbed the career ladder and, in 1995, rose to the position of Chief Engineer. During this same period, I met my wife Marinette, a Swiss physiotherapist, and we had the joy of welcoming our son Caleb, who took his first steps on board.

After a few years in Switzerland, the whole family joined the organisation in 2001, this time on the Africa Mercy, in a shipyard in Great Britain.

A donor had offered Mercy Ships a ferry, the Dronning Ingrid, to convert it into a hospital ship. I joined the team in charge of this gigantic project. This ferry was a wonderful gift, but it required almost 7 years of effort in order to transform it into the Africa Mercy!

You spent two months on board the Africa Mercy, which has just completed its annual overhaul in Las Palmas. What projects were carried out during this dry dock phase?

The hull is permanently subjected to corrosion due to salt water. So we have to check, using ultrasound, if its thickness is still up to standard. A reduction from 12 to 25%, depending on the area, would require that this part be replaced, which sometimes would require opening several square meters in the hull! None of that this year, thankfully, but we also had to completely remove the two huge 34-ton propellers with their 20-meter-long rod for a complete overhaul, and also install a new steering gear with over 7.5 kilometres of cables to pull. In short, the teams were not idle!

How is the Africa Mercy doing?

In my entire career, this is the best ship of this age I have encountered! We do see some signs of old age but, due to the quality of her initial construction and good general maintenance, we can say that she is doing well despite her 39 years. So we can imagine that she still has some great years ahead of her – probably a good fifteen – and that there will still be many lives transformed aboard!

All stories
Become a volunteer

Do you have questions?

Don’t forget to check our general information and FAQ page where you will find a lot of helpful answers!

Discover other stories from our volunteers 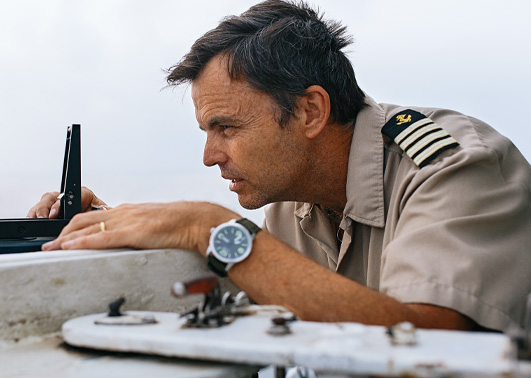 “We provide for people who have lost hope in a very direct and purposeful way, so it just works!” 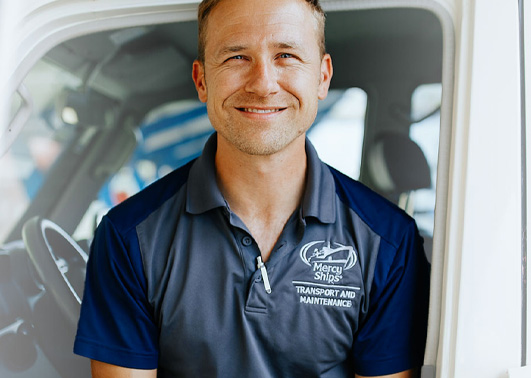 I remember I did the whole application, wondering, ‘Am I ever going to be on this ship? Is it actually real?’” remembers Lukas, a vehicle mechanic from Switzerland. “Then, one day, you stand on the gangway, and you can’t believe that you are really there.